My “LUPIN THE THIRD” for CAKE CON INTERNATIONAL 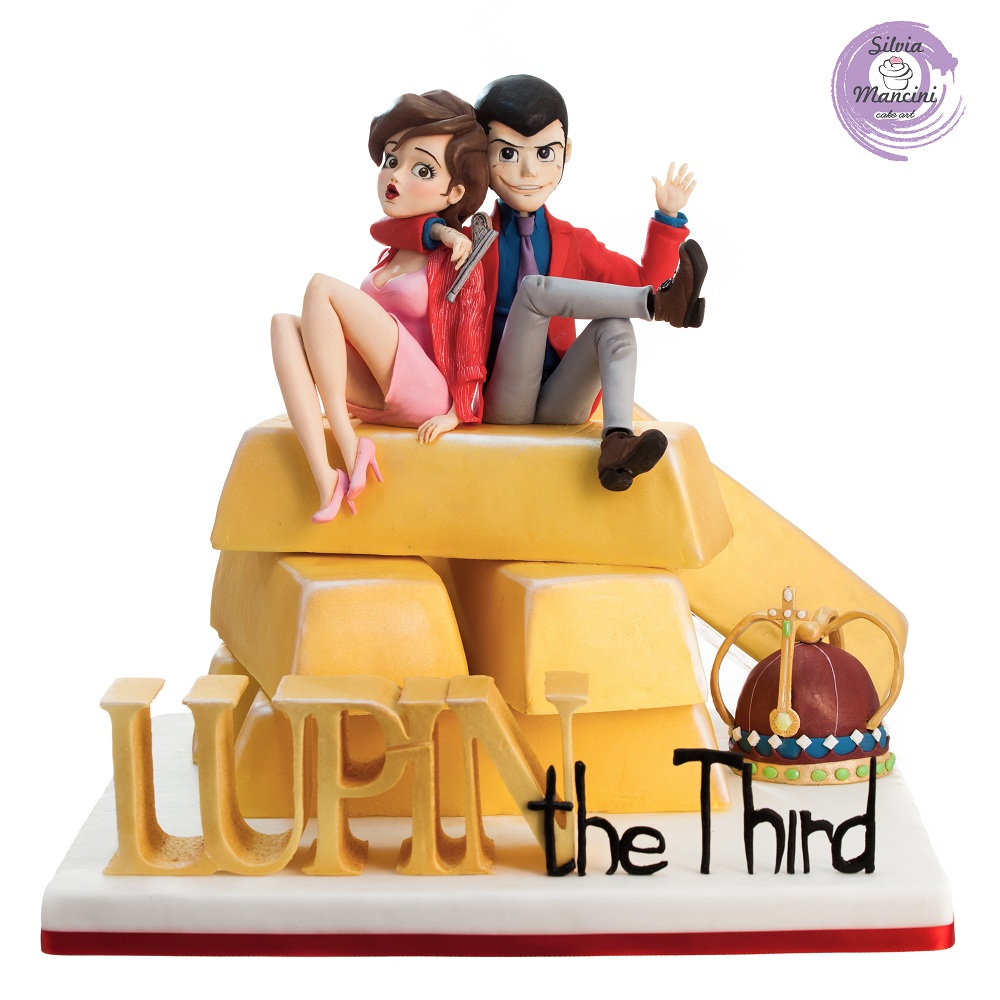 This is my piece for the collaboration dedicated to the COMICON.
This year I chose Lupin the Third, the world’s most wanted gentleman thief. He sometimes appears incompetent, but mostly as a charade to catch his opponents off guard. While he has been arrested and thrown in jail on a number of occasions, he has always managed to break out. 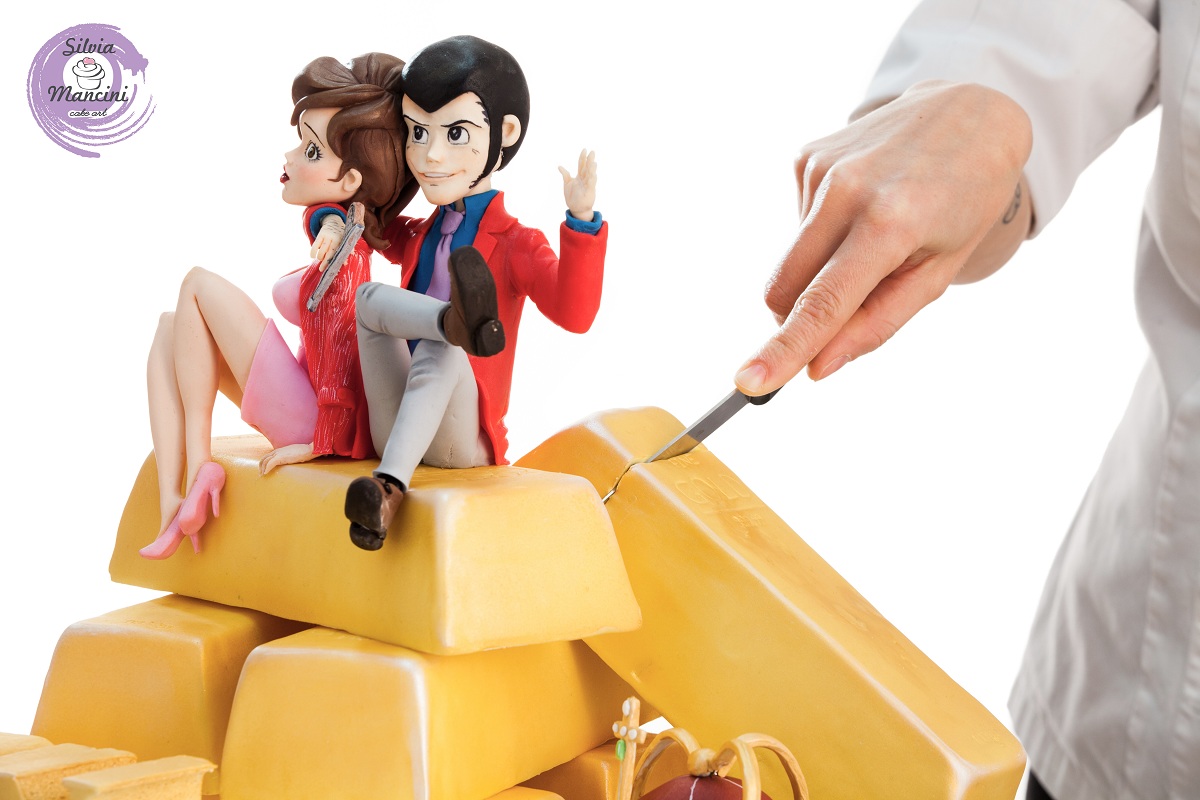 His infatuation with women, Fujiko Mine in particular, is probably his biggest weakness, as it often lands him in undesirable situations. He continues his grandfather’s legacy of thievery.
This character created by Monkey Punch in 1967, celebrates this year his 50th anniversary so I wanted to realize this cake as tribute.
There are many versions of this gentlemen thief, but I found the cover of one of its soundtrack very inspiring.
Some curiosities: each gold bar could be a different cake, the one I cut is a sacher cake while the inscription “LUPIN” is Styrofoam covered by sugar paste.  All of these are colored using the airbrush.

Search in the site

This website uses cookies to improve your experience while you navigate through the website. Out of these, the cookies that are categorized as necessary are stored on your browser as they are essential for the working of basic functionalities of the website. We also use third-party cookies that help us analyze and understand how you use this website. These cookies will be stored in your browser only with your consent. You also have the option to opt-out of these cookies. But opting out of some of these cookies may affect your browsing experience.
SAVE & ACCEPT
Powered by